How to Fill a Blank with Content Aware Fill in Photoshop

DesignTips > > How to Fill a Blank Made from Angle Modification

In this section we will introduce you how to fill a blank created by angle modification.

In How to correct the inclination of a photo in Photoshop, we trimmed the four corners and made the photo size smaller. This time we will blend in the blank with the image to avoid modifying the size of the picture. 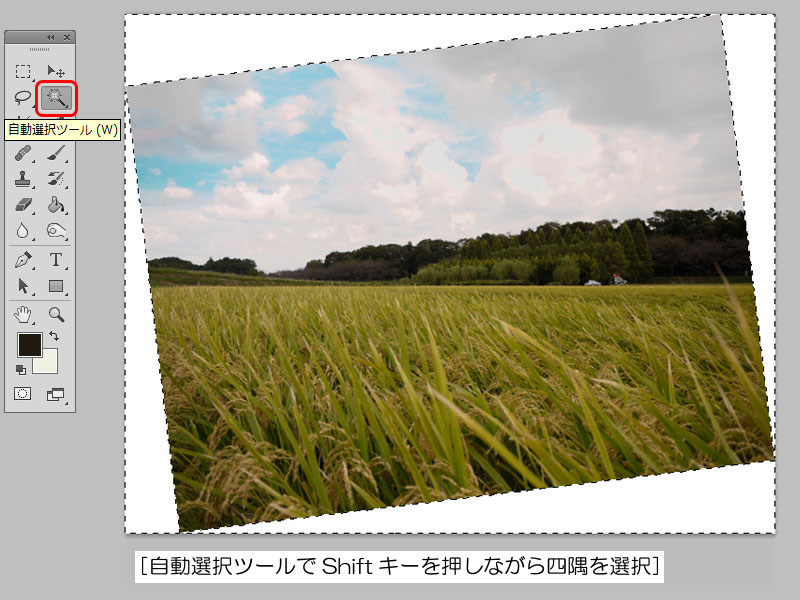 We will used the angle modified photo from How to correct the inclination of a photo on Photoshop.

Select the blank with “Auto Selection Tool”. Be careful not to select by color as it would select all the white parts of the image.

It would create a gap as it is so expand the image by 1px – 10px.The expansion varies depending on the image but we set it 1px this time. 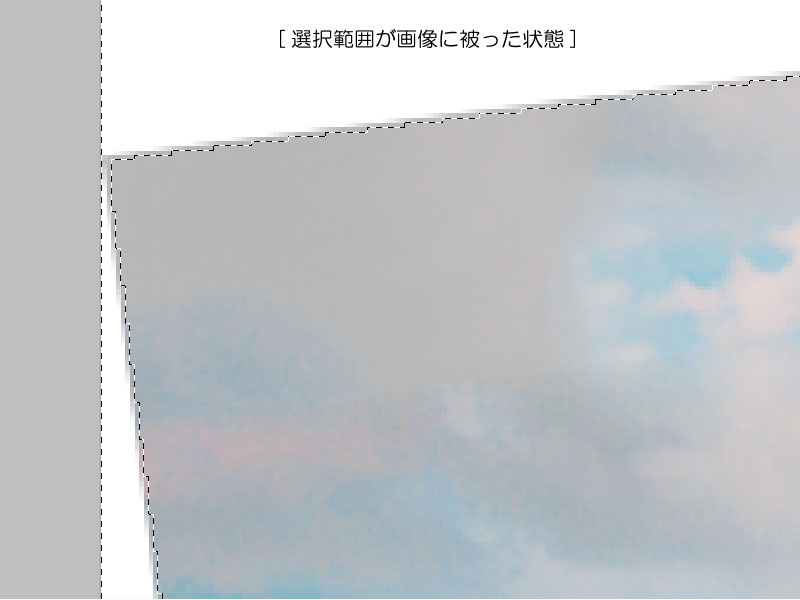 You can see that the selection is expanded and overlapping more on the image than in Step01.

Set the setting as [Edit > Fill > Content Aware Fill] and fill in the blank.

The selection blended in with the image and the blank is filled. 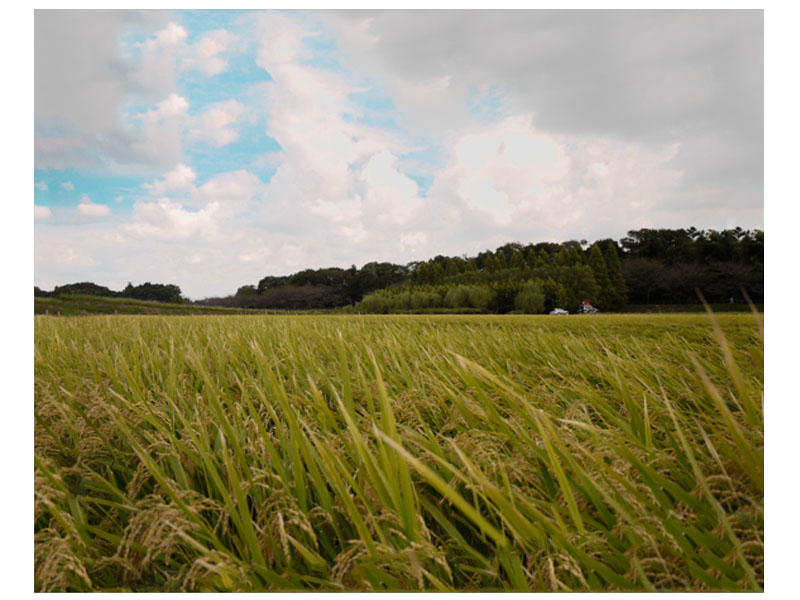 It looks as if the blank was filled nicely, however, with a closer look, you can find the same clouds are duplicating on the top left.

We will edit the parts with “Copy Stamp” which we used in How to get rid of unwanted parts of a photo in Photoshop. 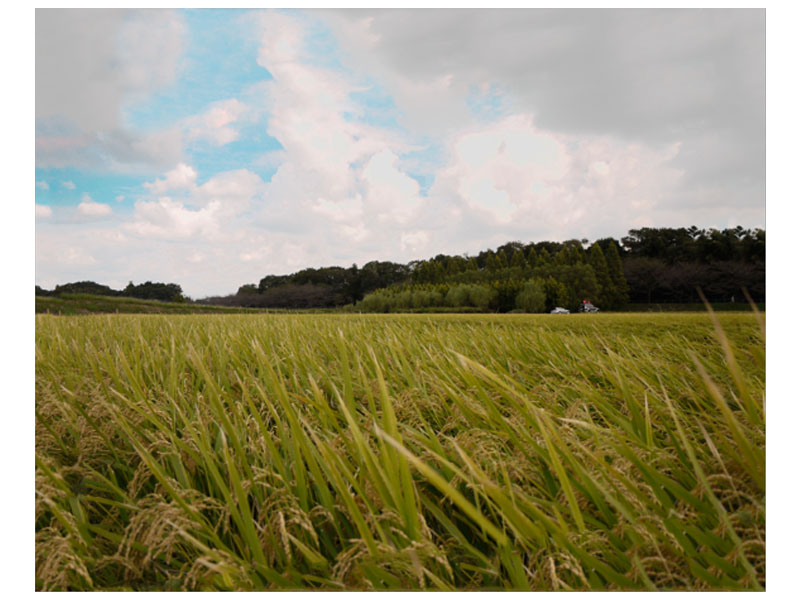 The editing is completed. How do you think? It looks much more natural than just applying content aware auto correction.

This is a very useful feature but not ideal for a detailed image. It is great for pictures such as sky or sea, where repeated imaged would not be sore unnatural.

Sometimes simple pictures would not come out fine. Make sure you expand the corrected part of the image and check whether it looks good.