How to make arrows on Illustrator

DesignTips > > How to make arrows on Illustrator

I will introduce how to make arrows on Illustrator.

Generally, the arrows that are often used are made using 「Straight line, Polygon tool」 and are very simple, but that is boring, isn’t it?

Because there is a convenient function in Illustrator, let’s try using that to make a variety of types of arrows.

step01 Draw a straight line with the pen tool

step02 Use the line panel

When you click the red square’s ＜▼＞, an arrow is displayed. There are 39 different types displayed in Initial point/Ending point. 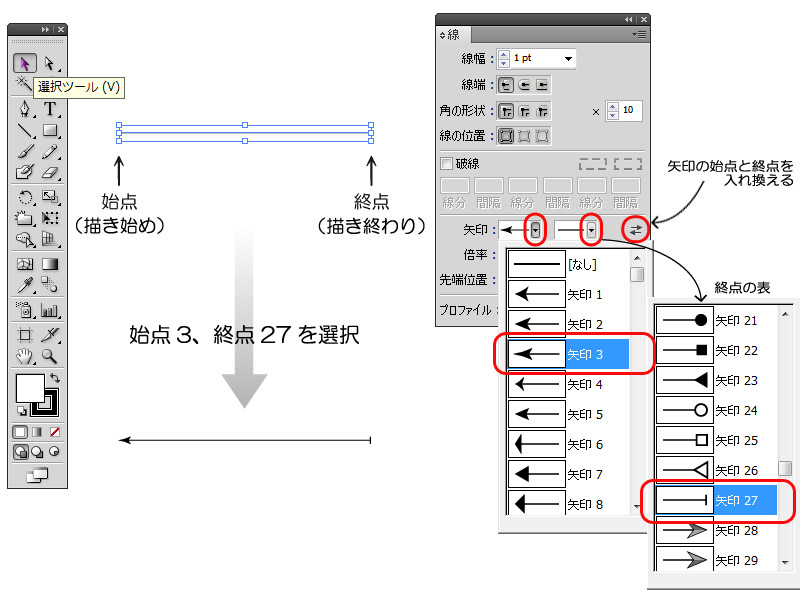 Using the 「Selection tool」, after selecting the straight line, select the arrow you want to use from Initial point/Ending point.

The left-and-right arrow mark that is surrounded by a red square replaces the Initial point/Ending point arrow design.

By changing the values of the above picture’s red square, the line thickness does not change, but the arrow’s size only will change.

The lock mark that is surrounded by a red square does the scaling for the Initial point/Ending point at the same ratio. 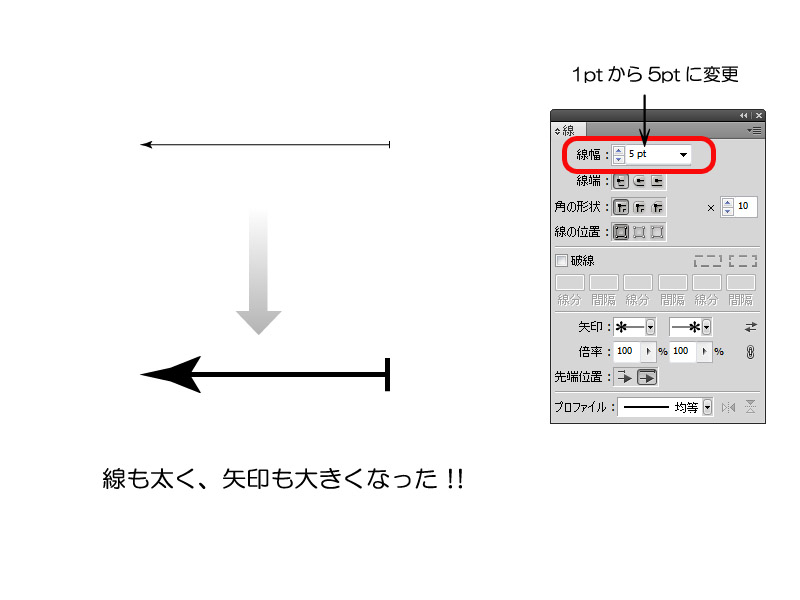 By changing the values of the above picture’s line width scale factor, the thickness of the line and arrow will change.

Even with the same line length, depending on line width scale factor, the size of the arrow will change.

step06 Change the position of the arrow tip

The whole length will change, but the line thickness and the arrow size will not change.

About separating the appearance, because it is discussed in my detail in What’s the “appearance” and what does it mean to divide it? so please use that as a reference.

A variety of arrow illustrations 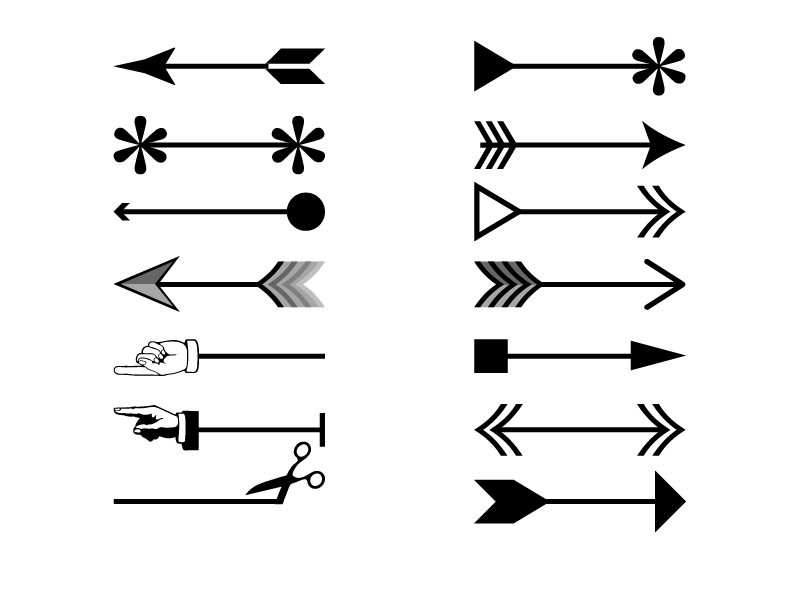 There are many other variations for arrows.

Arrows can also not just be used as only arrows, but if you separate the appearance, it can be arranged with several other things. Please try a variety of these.